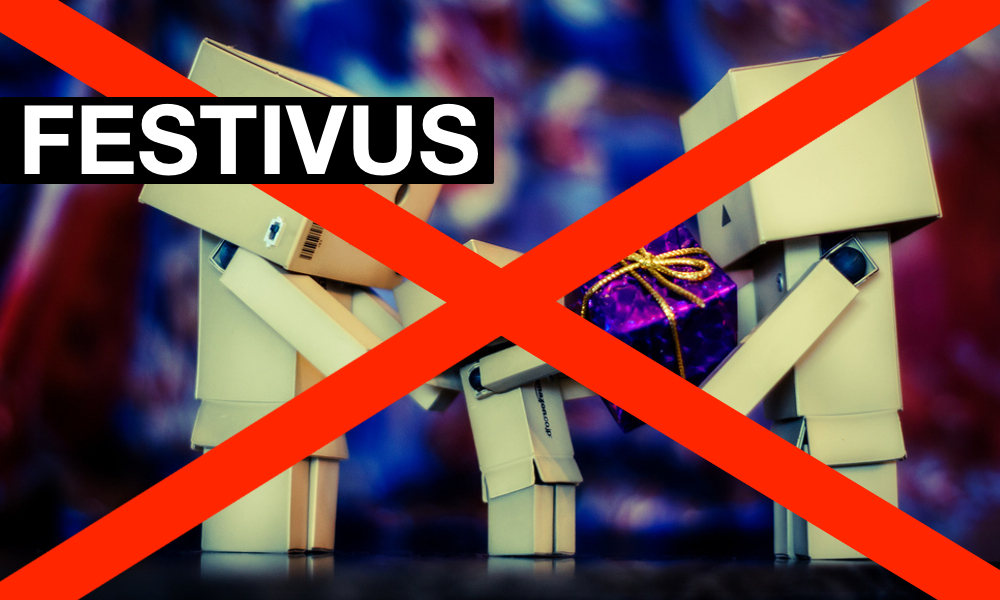 The Economics of Festivus

In a season 9 episode of Seinfeld, George’s father Frank resurrects a holiday from George’s childhood called Festivus. Among other things, Festivus rejects the gift-giving aspect of many holidays. Frank Costanza may have been onto something.

Around Christmas time, the media will report excitedly that a certain amount of money has been pumped into the economy because of higher consumer spending. While this dollar estimate may seem like only good news, looking behind the numbers reveals a less rosy picture. The gift-giving surrounding Christmas and other holidays can be viewed as a loss in value to society from an economist’s point of view. 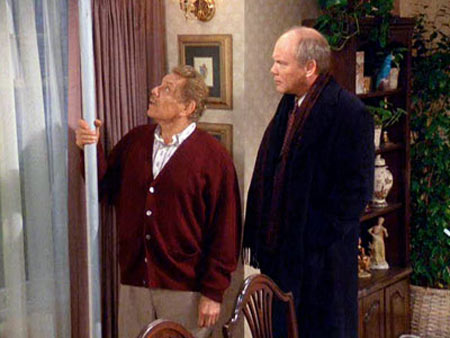 Anytime you go online, go to a store, or browse through a shopping magazine, you decide to buy something only if you value the item(s) at equal or more to the price you’d pay. If you think you could spend the $20 for a widget on better things, you wouldn’t buy the widget. Yes—you can buy impulsively, be under the influence of an illicit substance, or act in an otherwise irrational manner. But generally speaking you’re only going to buy that $20 widget if it’s worth $20 or more to you. This seems self-evident. Less obvious is that how much you value the widget isn’t widely known public information.

When someone goes to buy a gift for you, they’re taking an educated guess at how much you value an item. They have imperfect information about how much you value something. They could be buying a $20 item that you actually only value at $10. That $10 difference is what economists call deadweight loss.

How much that difference is correlates highly to the magnitude of imperfect information. The people who know you the best have the best sense of how much you value things. On one end of the spectrum, you have someone’s spouse or significant other. This person is most likely to know the gift recipient’s interests, needs, and daily routines. There is likely the least amount of imperfect information in this case and the lowest amount of wealth destruction. A step down from this is close friends and family; they know the recipient fairly well but there’s still more room for over-valuing a gift. On the other the end of the spectrum—where value goes to die—lies the office Secret Santa exchange. In this scenario people are compelled to buy gifts for people they barely know. The overall lesson, from an economist’s point of view, should be to minimize the level of gift-giving on this end of the spectrum.

Not all economists agree with Waldfogel’s idea of Scroogenomics. People give gifts for reasons other than purely utilitarian ones and these shouldn’t be dismissed. Sentimentality—“it’s the thought that counts”—is of course a significant value in many exchanges. But this sentimentality is partially captured in Waldfogel’s surveys. Additionally, there’s a positive correlation between the level of sentimentality and the accuracy of the gift-giver’s valuation; a gift from a spouse will mean more to the recipient than a gift from the randomly assigned office co-worker.

Gift-giving is also a method of ‘signalling’ a giver uses to show the recipient how much he/she cares and well he/she knows the recipient. The diamond ring shows the level of love the giver has (apparently?) for the recipient but more importantly the choice of ring is a signalling device to the recipient as to how well the giver knows him/her. Signalling then could be a value of gift-giving Waldfogel fails to quantify in his results. Or, an argument could be made that it’s an explanation for why we give gifts the way we do today, even if there are much better ways to signal to others how much we care for them.

Money is the closest gauge we have to putting a number on how much we value something. But spending $20 on digging holes just to fill them back in again doesn’t mean we are $20 richer in our well-being—even if it means our GDP went up $20. This fact should be considered whenever we see government spending has increased our output by a reported amount. Arguably, there are reasons to think government spending makes up for a loss of aggregate demand in the macroeconomy. However, this spending always involves a certain amount of imperfect information on how much individuals actually value things. If the government spends money on a Bridge to Nowhere or bails out companies that we don’t want, there is value destruction. Gift-giving around Christmas time increases the dollar amount of consumer spending but the level of value added to the economy is much less than this spending.

Many economic transactions involve the same sort of imperfect information found in gift-giving. An argument can be made that others will know better than the recipient for how he/she should value something. However most of the time, money is most efficiently spent when the recipient is the one doing the spending. This logic has been the inspiration for recent charitable projects like Give Directly. (Giving cash instead of specific items also works to lower overhead and give as much money to the recipients as possible.) How individuals spend their money reveals their preferences rather than assuming we as givers know what they need the most. The effectiveness of these charities for individuals in developing countries is currently inconclusive but early evidence suggests promising results.

What Could We Do Instead?

Waldfogel has a few suggestions on how we can improve on the level of deadweight loss associated with gift-giving. The first is to just give cash. Cash has this amazing power of giving people the power to exchange it for pretty much anything they see fit. It might not be romantic and it might not look good underneath the Christmas tree, but there certainly is no orgy of wealth destruction. Another option is gift cards. Gift cards could have a small amount of imperfect information; I remember getting a Best Buy gift card as a young child when I was nowhere close to being in the market for electronics or even to buy a CD. But gift cards give enough flexibility that the destruction of value in gift-giving can be significantly minimized.

To hear the ideas of this article in podcast form, check out episode 9 of Upset Patterns (Podbean | iTunes).