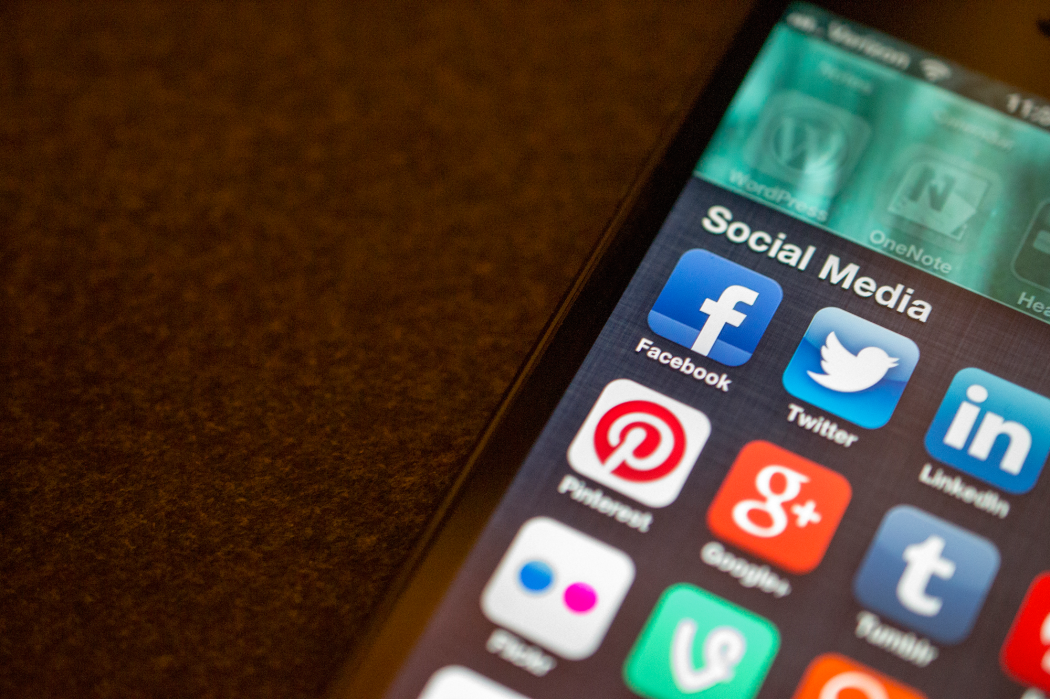 Social phenomena rarely affect this author. Rather on purpose, I attempt to stay relatively disconnected from cutting edge technology—somewhat in part due to the fact I am about as useful with computers as Putin at a PRIDE Parade. However, one thing even I have not been able to avoid is the expansion of the all-consuming “social” media addiction. An addiction to anti-social media.

How often do we hear the phrase “oh sorry, I don’t have a *insert any popular social media site* page…” anymore? We are suspicious and scarcely believe these people can actually exist when that sentence is uttered, checking over our shoulders for Witness Protection Supervisors or Undercover KGB Agents homing in on their target. Online personal profiles have become almost an obligation at birth—some even creating pages on behalf of unborn kids—becoming a general requirement to appear normal. 74% of American adults are now connected to some form of network. Worse still, an aunt of mine—the most gregarious, friendly and chatty person I know—has recently become addicted to online stalking, often reducing her to a passive, though iPad-wielding, piece of furniture during family gatherings.

But the most disturbing experience I have had with the phenomena occurred with my two young cousins. Two girls aged 10 and 7, they are so bright, energetic, and joyful and have been brought up in a loving environment with a healthy, active family around them. Working means I do not get to see them often, but when the rare opportunities arise I get excited at the prospect of once again spending time with them.

Arrival at their house is met with the usual greeting: screaming, hugging, almost all before the doorbell was released. On a lovely warm summer day, I was dragged into the garden to play with them and their friend from school. In my day (I hasten to add I don’t like being able to use that un-ironically), playing in the garden would involve footballs, tree climbing, making up random athletic challenges and digging holes. Gender stereotypes would not apply at that age, my childhood friends of the opposite sex would be just as muddy and bruised after a hard day’s playing.

However, this time, I was ordered to sit as they fashioned something out of miscellaneous craft items. Handing it to me, I was confused. A piece of paper folded in half with my name on it, inside was a strange grid pattern containing the alphabet… what was this contraption? A shift/caps lock… the picture becomes clearer. Three squares with “Facebook”, “Temple Run” and “iTunes” written on it. My immediate thought was “man, these kid’s games are getting so much more complicated these days…” harking back to memories of classmates making convoluted diagrams which, when matched with a self-picked series of numbers, promised to map out your destiny.

It became clear, I was informed that this was my “laptop” for the day. The girls swiftly whipped out their own multi-coloured versions of the same. So there I was, in the garden on a sunny day sitting with 3 girls whose collective age was lower than my own, staring at paper computers. In a moment of confusion, my next thought was “wait, this isn’t a QWERTY keyboard…”. This was before a sombre resignation began to creep into my thinking.

My unease was not helped by the next part of the day, a role-playing activity where I was to play the new boy at school, complete with new paper laptop and make-shift briefcase (yes, my 10 year old cousin had made me a briefcase wanker). Proceeding to talk in dodgy Californian accents about being “the most popular kids in school” with “a bagillion-million twitter followers,” referring to each other  by twitter names and using “hashtag” in verbal conversation, my cousins were in their fantastical element. Further references to posting seflies with the new kid on Instagram and judging people for “bad tweets” followed, along with a disconcerting yet insightful explanation of how having more than one twitter account allowed more total followers.

By this point I was disappointed. Firstly, because my 7 year old cousin knew more about this than I did. But mainly because, through the brief interactions of that afternoon, I realised the extent to which social media and technology have enveloped the lives of all of us, and none more so than the kids. My cousins were still joyful and creative, but I was very aware of the implication: a developing addiction to “social” media and technology.

That afternoon, I had an insight into how kids no longer value themselves highly on academic and athletic achievement; talents and skills; or the companionship of friends and family. Instead the primary indicator of a successful life at that age has become the number of twitter/Instagram followers, how many “likes” a post about your breakfast gets, or the aesthetic quality of a profile picture. Through uploading content and posts, they can create the ideal image of who they’d like to be, an air-brushed version consistent with the world of celebrity, but not with the real world and real interpersonal relationships. Communication between the children online is free of intonation, so important in developing transferrable skills for the future, and the absence of inhibitions online can lead to harsh words where tact would have been used face-to-face.

Emoticons replace real emotions. A friend and I recently discussed what would happen if everyday face-to-face interactions replicated online interactions, but then realised that we have rarely ever said a sentence before proceeding to wink and/or stick our tongues out afterwards… Instagram is littered with selfies and Twitter is awash with banal proclamations coming from children (and adults…) who do not know any better. There is absolutely a demand for this supply whilst they continue to place so much emphasis on their cyberselves. 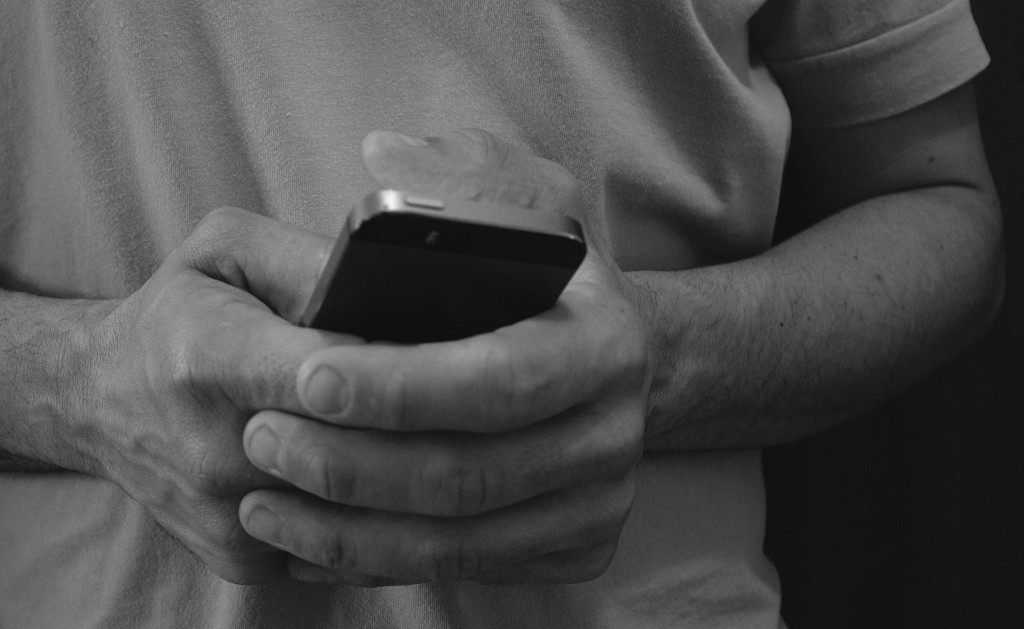 Although the effect on children is the most concerning aspect for me, the ill-effects of “social” media addiction is obviously not confined to them. Take a walk around most offices of modern day multinationals, to one of which I belong as a robotic employee, and it’s a similar story. In an open plan office, where you sit no more than 2 metres from another human at any time, all eyes are glued to a screen as if hypnotised. Instant messaging and emails are used where a call or face-to-face conversation are available. We are even being advised to use “professional social networking.” The result? An eerily silent workplace where people tend to have better relationships with their hardware than the colleague across the way.

Don’t even get me started on the scene in any public transport, where people can be blissfully unaware of where they are due to the glue that holds their eyes to their screens. And the less said about checking a smartphone mid conversation, the better.

Adults, too, use “social” media to project the ideal image of themselves, with filtered photographs, well-considered comments and carefully chosen associations. Although the triviality of statements from altogether-too-frequent posters on my own Facebook is mind-numbing. It goes back to the clichés: does anyone really care that you washed your cat? Does anyone want to know that you made too much veg for dinner? If you slept through your alarm or missed your bus, move yourself to work instead of stopping to blurt virtually it blurt out to the world. Any case of people being fired from work or in trouble for causing offence because of a social media interaction will get no sympathy from me, as it should be unfathomable to deny that the process is consider-think-post, and not the reverse.

The worst part of all of this is that it is not a fad. “Social” media is here to stay. Reports may indicate that Facebook growth is stagnating in certain age groups, but it is still expanding and penetrating our lives. Further, like a parasite, it will continue to feed off the demand for more, pervading even more aspects of our life.

Imagine a refrigerator that posts directly to Facebook what you have removed in much the same way Spotify can show your questionable music tastes: “Dave has just eaten 14 Aero Chocolate Mousses, 2.42am.” Imagine a store that automatically checks you in wherever you go- “Craig was at BOOTS buying CONDOMS and HAIR-REMOVAL CREAM, #expectingabignight.” Imagine a world where humans have lost their natural sense of inner-monologue, and so all thoughts, however inappropriate, mundane or controversial are spurted out into cyberspace as second nature: “Man sitting across from me in the bus is wearing a funny hat #lol #hadtobethere #whythefcukwouldanyonecareaboutthis?.” This already happens.

I am not naïve enough to think “social” media is going to go away. I wouldn’t want it to, as it’s a great way to keep in touch with loved ones around the world, and to organise the odd event (maybe). However, the further we go down the route or reliance on virtual interaction, the more we will lose the real definition of what it means to be “social” as human beings. The success of humans as a species is fundamentally based on our social skills, allowing us to collaborate and problem solve, and to develop relationships to continue the species. We thrive on interaction with our fellow man, learn from them, take great joy from them. Some may say full investment into “social” media is the logical next step for humanity, but I disagree. Is it now acceptable to be “social” by locking yourself in a room alone with your computer on? I think not. We must find balance.

Some may also say this is a frustrated and bitter attempt to vent at my lack of technological skills. I might also add in my irrational fear of the plot of Terminator becoming a reality when someone creates something a bit too artificially intelligent #SkyNet.

No. This is a small attempt to highlight a culture that we are all falling into, perhaps without even realising. If there has been this much change for the worse in just one generation between my cousins and I, then imagine where the slippery slope could lead. Visions of family dinners in the future where not a word is uttered, and no-eye contact is made, except with the reflection of self in the smart phone screen.

However I strongly believe that, as a society, we need to ensure that “social” media is incidental to our lives, and not the main purpose. We need to set the example and make this clear, especially for the younger generations. All we need to do is simple: be the change we wish to see in the world.

William Grant is a consultant for one of the Big Four consulting firms in London and regular contributor to Novel Stance.