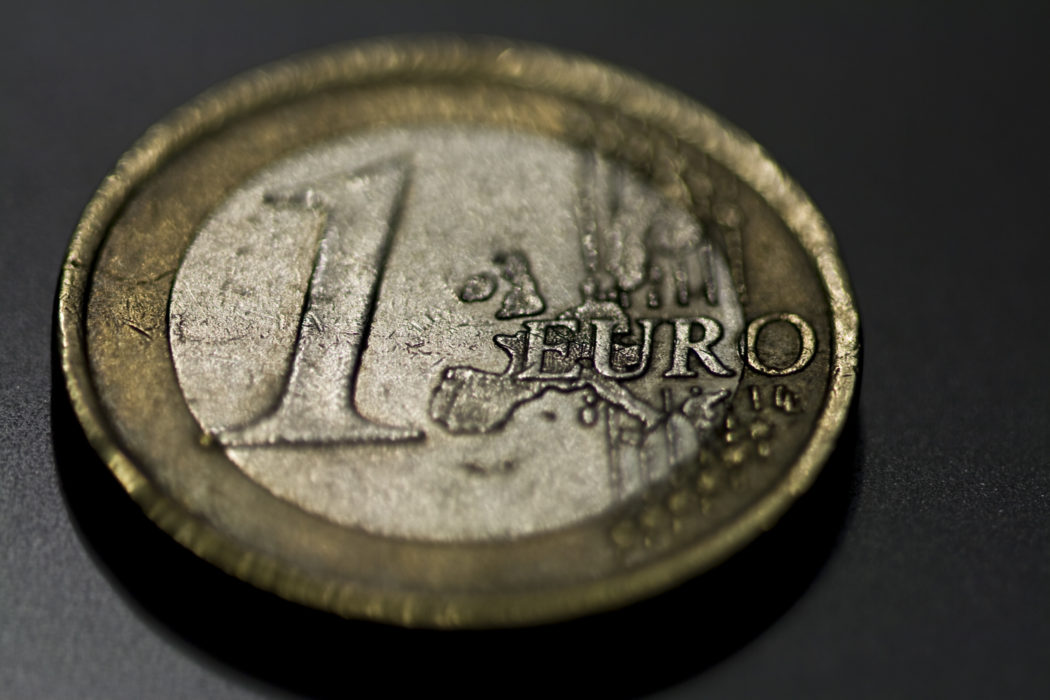 The euro currency is inevitably doomed. The institutional arrangement is not set up to support a stable currency area and the cultural differences across the eurozone make it nearly impossible to move towards a regime that makes the currency integration beneficial. As countries experience more frustration and powerlessness from giving up significant political and economic autonomy, the arrangement will come apart and the currency will no longer exist in the same form as it does today.

Picture Arizona experiencing a bust in its housing market, a hurricane hitting Florida, or the mines going dry in West Virginia. In each case, the Federal government of the United States steps in to cushion the fall of these economies and their people. Banks might get bailed out, FEMA will dish out aid to rebuild destroyed communities, and medicaid will provide healthcare for those without incomes. The cost of such relief is often too hefty for one state to bear on its own. The Federal Government thus acts as an insurance mechanism so that different regions in the US can spread the risk from negative shocks. Political quibbles inevitably follow about the efficacy and bureaucratic process of these programs. But rarely will you hear accusations of Floridians displaced by a hurricane as “moochers” or recently unemployed rust-belters as “lazy.” Those left unaffected by such shocks living in Massachusetts or California see the people in these states as Americans and recognize that such Federal mechanisms are a part of the American system.

The Federal Government’s ability to take from a general fund of taxpayer dollars and redistribute across different states at different times is called a “fiscal transfer mechanism.” It not only serves as an insurance plan in the scenarios above, but can function to consistently redistribute income from richer states to poorer states. People in Connecticut and Maryland pay more into the Federal tax system than they take out, while states like West Virginia and Mississippi are net beneficiaries of the Federal government. Thus, independent of shocks like natural disasters or economic crises, some states get more from the Federal government and some get less. Political arguments over these transfers are constant, as politicians push for pork-barrel spending that disproportionately benefits their state. In equilibrium, however, this system exists.

Compare this to the eurozone, another consortium of polities with a supra-national power presiding over them. What happens if Italian banks fail or Greece overextends its fiscal accounts and is on the brink of default? Citizens of the countries that have sound banks and followed fiscal restraint don’t have the same instinctual support that Americans feel for their countrymen three time zones over. Germans think Greece’s fiscal insolvency is a self-inflicted problem that involves painful lessons to be learned. People in Ireland look at Portugal’s fiscal woes and wonder why the Portuguese can’t tighten their belts like the Irish did. The eurozone, by design in the Maastricht Treaty that brought them all together, forbids bailouts of national governments. In other words, the fiscal transfer mechanism cannot legally exist. As a result, more often than happens to states in the US, countries in the eurozone are forced to absorb the costs of these shocks entirely on their own, and these costs can be insurmountable.

How different currencies would cushion the blow 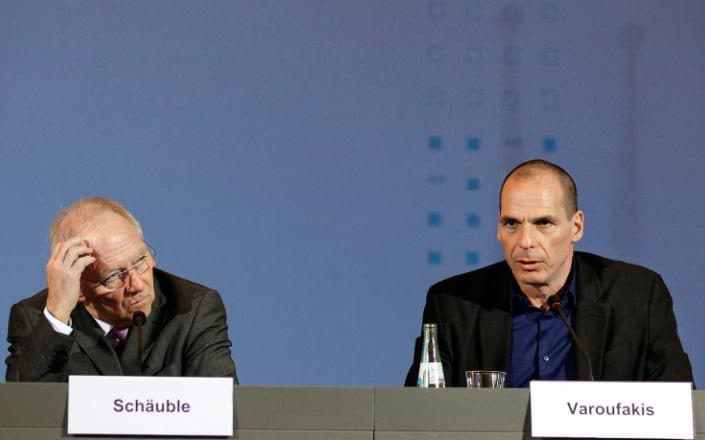 European countries survived on their own before they were in the eurozone, so what makes this arrangement different? The currency union itself is preventing smoother adjustment. When a country like Peru experiences a shock like a natural disaster, banking crisis, or garden variety recession, the weaker economy naturally weakens its Sol currency. This in turn causes Peruvian exports to become more competitive and the economy is on the road to recovery. Peru’s central bank can lower interest rates, too. This encourages more investment and gets the engines of the economy pumping again. However when Italy reaches high levels of unemployment, its currency doesn’t weaken in step with Italy’s economy. The exchange rate of the euro is tied to the eurozone as a whole, of which Italy is only about 10%, and Italy can’t lower interest rates to ramp up investment. The short-term interest rate is set by the European Central Bank which is set by bureaucrats all across the zone. So an Italian recession is accompanied by a stronger-than-should-be currency and interest rates that are higher than they would like.

Labor mobility is another way an economic area moves towards equilibrium when certain areas are hit harder than others. Here, the legal framework for the eurozone works in its favor. The Schengen Agreement allows for Schengen Zone citizens to work anywhere in the Zone, no matter their passport. This means that if Spain has a high number of unemployed workers, some of them can go over to Austria where the labor market is a little healthier. The shock is absorbed by Austria and things reach a happier equilibrium. When midwestern states in America experienced decline from fewer jobs in manufacturing, people headed to sun belt states like Arizona or Texas that have more opportunities. So why isn’t this happening in the eurozone?

Moving from Ohio to New Mexico is much easier than moving from Spain to Austria. Crucially, English is the dominant language in any American state. The cultures of different areas in America may be distinct, but they’re peanuts compared to the differences of countries in Europe with thousands of years of history that form their identities. What if a Greek with little formal education wants to move to Austria… What are the odds they’ll know German? The stigma against workers from lower-income countries like Poland or Bulgaria often make it difficult to find work in France or Belgium. Xenophobia within the eurozone discourages labor mobility that would other equilibrate labor markets more smoothly.

If labor mobility were perfect in the United States, people in West Virginia would be moving to places like Massachusetts, Texas, Silicon Valley, or North Dakota. Moving is tough. People set up roots, form communities, buy mortgages, and get used to local norms. It’s not as easy as packing up one day and leaving the next. Throw in cultural and linguistic barriers to this and the eurozone labor market is not nearly as integrated as it is in legal terms.

Europe is not the United States

The United States doesn’t have perfect harmony across the country, of course. Historically, national harmony was incredibly difficult. Since the founding of the country, there has been a constant push and pull between states’ rights and giving more power to the Federal government. The campaign towards states’ rights is founded on the idea that states have different beliefs and should be able to operate with a high level of autonomy. Heck, there was even a war fought over a critical disagreement that took the lives of over six hundred thousand Americans. And, in many ways, those two sides still remain divided via other ideologies one hundred fifty years later. Simply put, the United States got to be where it is today after more than two centuries of friction and it wasn’t easy. Even with all that, it benefitted from having tremendously more linguistic homogeneity than Europe has and it didn’t have millennia of regional identity baked in to individual identity. Furthermore, Project Euro has attempted to expedite this tough process of integration and identity in a mere 17 years. Having eurozone citizens suddenly consider themselves “European” before considering themselves “German” or even “Bavarian” isn’t going to happen anytime soon. 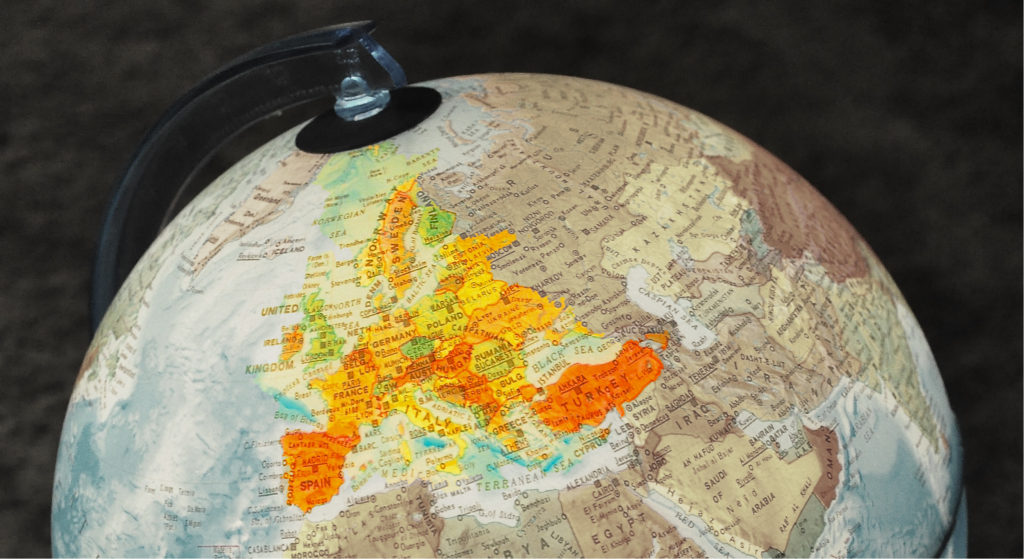 The only solution to the eurozone’s problems is More Europe. That means a more-powerful European government that can provide a fiscal transfer mechanism and a move away from national identity and towards a European one. The first part can be done politically, the second is left up to the people. If the eurozone moves in a direction of nationalism and isolation, its problems will persist and only get worse. Right now, the zone is a house of cards ready to collapse into Less Europe unless it can search deep down for the political capital to give it the strength it needs to stay together.

The result of the Brexit referendum in June, while not technically involving the eurozone, reflects the tension of the struggling European identity. Brits felt they were giving too much to the European Project and decided to go down a path that emphasizes national identity more than integration. The unfulfilled promises of a more-integrated Europe were disappointing enough to have Britons call it quits. As Germans and Greeks increasingly resent each other’s norms, convincing either side that the solution to their problems is more integration is near impossible.

The reforms needed to keep the eurozone intact are dramatic and especially difficult to pass in a stagnant economy that’s dealing with millions of refugees knocking at the door. While the eurozone may make the necessary changes, time is running out. The political climate is shifting strongly towards Less Europe, and once the direction gains momentum, it will be difficult to ever turn back.