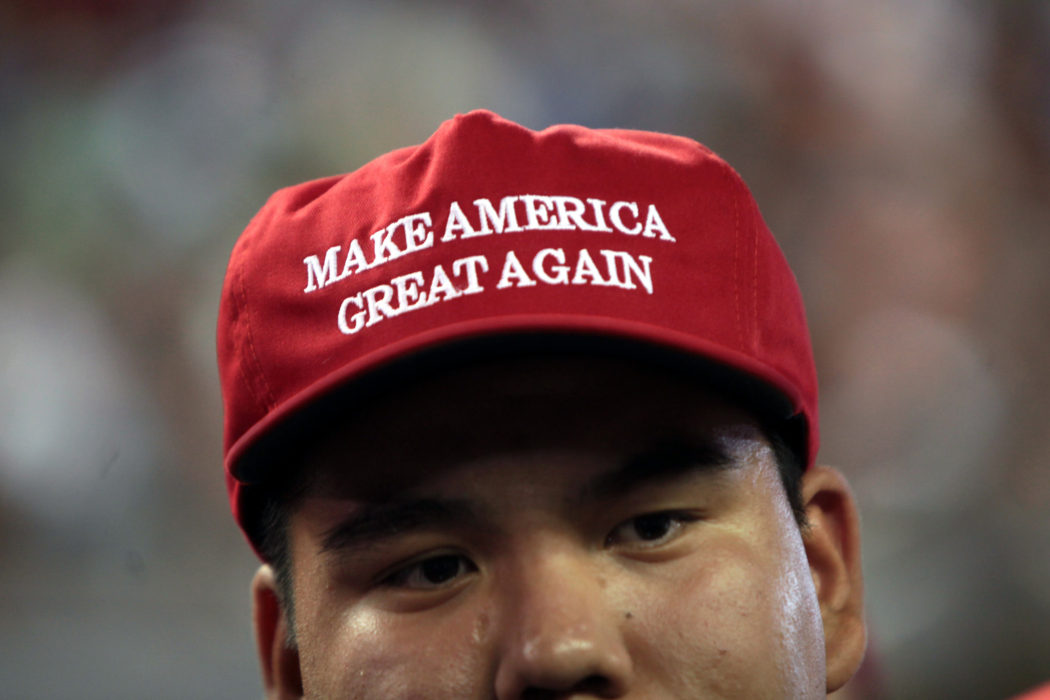 Ignore Brexit and Trump, we’re better off than we used to be

The strong current of populism in high-income countries in the last year has taken many by surprise. An unexpected victory for the Brexit campaign and a shocking level of support for Donald Trump’s Presidential run are among the recent political events that show a drastic turn away from cosmopolitanism and towards nationalism.

Everyone is trying to make sense of these phenomena, blaming whatever aspect of international policy trends that will prove their previously held ideology. The racial aspect and a resistance to multiculturalism could be viewed in hindsight as a significant catalyst for this sentiment. Perhaps the most popular explanation right now is the economic one: so-called neoliberalism has made a few rich at the expense of the working-class and this surge in populism is a revolt after being ignored for so long.

Whatever legitimate economic anxiety Brexiteers and Trumpkins have from the last few decades of increasing globalization, it is dwarfed by the historic rise in living standards nearly everywhere else in the world. 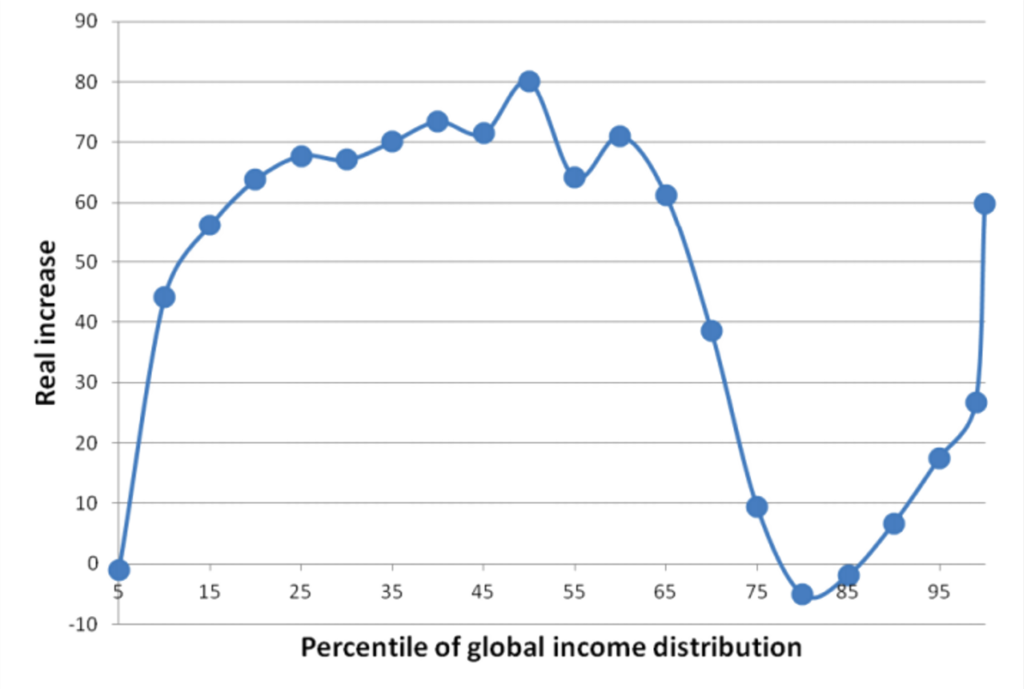 Take a look at the graph above. A quick check on the internet will reveal slightly different permutations of it: maybe a different time period, an emphasis on certain countries, etc. All of them have the same message: the last few decades have seen incomes rise for the vast majority of people across the world.

The quick way to interpret this graph is that the poorest 77 percent of the world—the first three quarters of people starting from the left-hand side—have, on average, seen their incomes drastically increase between 1988 and 2008.

Everyone above the 85th percentile has also seen their incomes rise. Consider that, during this time period, more people escaped poverty than the rest of human history combined. The oft-vilified globalization, characterized in popular discourse by sweatshops, environmental destruction, and greedy multinational corporations, has coincided with bringing 320 hundred million people out of poverty.

The time period and its policies or corporate behavior are not without flaws – climate change being an obvious and urgent downside. But if one is to only look at the economic outcomes, this time period did more to lift the standard of living of the bottom 75 percent of the world than any other period in history. Was it because of globalization or in spite of it? Of the 320 million that escaped poverty during this time, 270 million were in China. China’s general trend post-Mao has been a gradual embrace of markets and opening itself up to trade. China is experimenting with its own flavor of capitalism, there’s no doubt that its embrace of international trade and markets is the underlying cause of their tremendous growth during this time period. In other words, aspects of what anyone would include in their definition of globalization are at the root of the country growing the way it has.

Notably, there is still five percent of the global population—the poorest five percent—that have not seen their incomes rise during this time. These people should not be ignored in global policy arguments, but how to lift the material well-being of that income group is a separate conversation. For now, focus on the eight percent of the world population who consider themselves between the 77th and 85th percentiles, whose incomes have seen a slight dip. This group of people can be considered the working-class in America, Britain, and other high-income countries. Assembly line jobs that used to be able to support entire families are now being competed away by a combination of cheaper labor overseas and more efficient machinery. So far, the gains of globalization and technology have increased the affordability of every good and service this group can buy, but not the wages many need to purchase them.

In a sense, we can think of the “Western working-class” being pushed aside by an “Emerging Market working-class.” Emerging market economies like China, India, Brazil, and Indonesia are building their own middle classes, simultaneously lifting hundreds of millions out of poverty and displacing the Westerners that used to do that work.

As demand has shifted more to labor in these emerging markets, the Western working-class of yesterday has seen their wages go down. As the graph illustrates, the high-income earners in the world have seen their material well-being go up over the same time. This has indeed increased inequality on a national scale in high-income countries. However what is less appreciated is the decrease in global inequality. The massive increase in the purchasing power of the average worker in the bottom 77 percent has made the difference between the gold-yacht billionaires—or even your typical middle-class American suburbanite—and the median Indonesian significantly smaller.

If we could increase the standard of living for everyone without any rough adjustment period, we would and it would be our best option. The alternative, the era of increased globalization, offered a regime that increased the well-being of maybe 90 percent of the global population. Remember that the 77–85ers are still in the richest quarter of the global population. I imagine a global vote on the 1988-2008 international order would be mostly favorable.

In reality, the current marriage of national sovereignty and electoral democracy means that only citizens of a given country will vote for its leaders and policies, even if every country’s political landscape increasingly spills over into the rest of the world.

This means that the 77-85ers, generally being citizens of Western democracies, are, in a sense, overrepresented in the voting electorate. They represent a significant share of voters in high-income countries that, for the time being, play a powerful role in geopolitics and international economic affairs. With decisions like Brexit and the success of Trump so far, they are shifting international politics in a direction that reflects their economic conditions more than global economic conditions.

The last few decades of increased globalization, technology, and trade have not been perfect. The system is sub-optimal in some ways through things like corporatism, unfair intellectual property enforcement, and environmental degradation. Yet, through all of this, hundreds of millions of people have escaped poverty. Those in the global 77–85 percentile feel they have been left behind. Some of this may be racial resentment or general fear of change. From an economic point of view their struggles, while legitimate, need to be placed in the greater global context during the last few decades. Rather than dismantling the current system and replacing it with protectionism, nationalism and xenophobia, a preferred remedy would be to assist the 77-85ers within the existing system.

What’s the solution…more emphasis on education and skill-training? More progressive taxation? It’s not obvious what the most effective or cost-efficient policy would be. But before we upend an economic order with unparalleled ability to lift people out of poverty, let’s appreciate the phenomenal gains of the last thirty years.