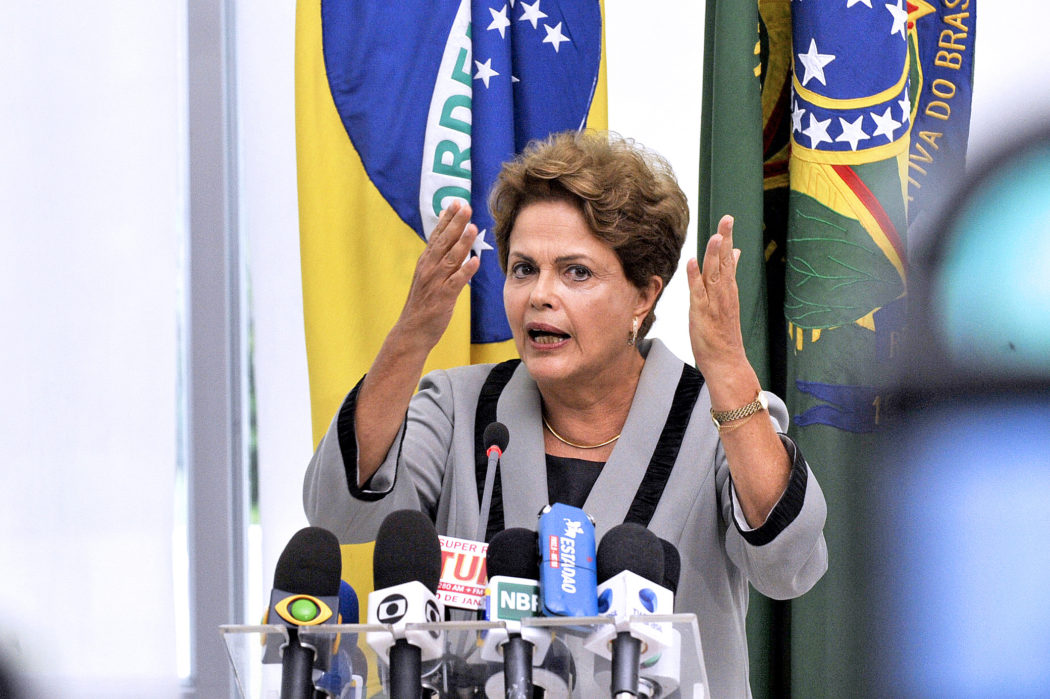 Brazil’s economy in the last 15 years is a prime example for how we tend to unfairly ascribe massive political events to individual leaders. On the 12th of May 2016, Brazil’s Congress temporarily suspended sitting President Dilma Rousseff while they bring charges against her related to alleged manipulation of the public budget.

While Rousseff may be guilty of fudging treasury accounting, her crimes are minor compared to most others in Brazil’s Federal government: half of said Congress is under investigation for involvement in the so-called “Car Wash” scandal, where politicians traded government contracts for massive bribes. The interim President, Michel Temer, stinks of corruption to the point of being disqualified for re-election in 2018. A leader of the charge against Rousseff, Eduardo Cunha, resigned from his position as House Speaker earlier this week under allegations of corruption.

Opinion polls showed strong public support to remove Rousseff from office. Why? Brazilians are suffering in an economy that has shrunk more than 7% in the last two years. They want a scapegoat. Although any honest appraisal of the political situation in Brazil would show Rousseff relatively innocent compared to her colleagues, the citizens are looking for someone to blame.

On the surface, Rousseff was an inept politician that drove her country into financial turmoil through mismanagement and unwillingness to get spending under control. But in reality, the country’s nosedive is the result of forces outside of her control. 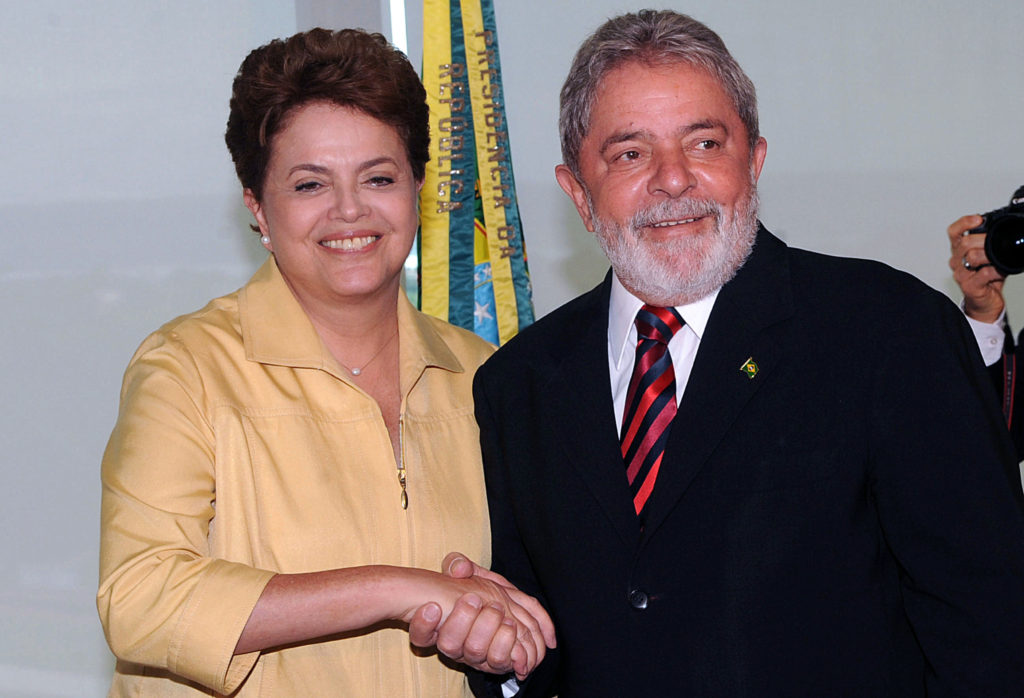 Luiz Inacio Lula da Silva, better known as “Lula,” ruled as President of Brazil from 2002 until 2011. Lula left office with sky-high approval ratings and was praised by President Obama as “the most popular politician on earth.” Lula came from incredibly modest roots in the poor northeast of Brazil and successfully led his Workers Party (PT) in efforts to dramatically redistribute wealth in Brazil. A global commodity supercycle timed favorably with Lula’s rise to power: commodity prices tend to be cyclical and they happened to be high during Lula’s reign. When the stuff Brazil was selling to the world—iron ore, oil, soybeans, corn—became a lot more expensive, Brazilians became richer. This also meant Brazil’s government had more money to spend on things like healthcare, education, and pensions. The music eventually stopped and the Brazilian government couldn’t afford to hand out as many goodies. The promises made by the generous social welfare system put into place during the commodity boom remained after Lula left office.

Dilma took power in 2011 with Lula’s economic boom lingering. A growing Brazil looked poised to join the ranks of other emerging market economies like China and India that were on the verge of competing with the West. Brazil locked in the World Cup in 2014 and the Olympics in 2016. But in the middle of 2014, when commodity prices started to crash, Brazil’s economy stalled and began a downward trajectory it has yet to recover from two years later. Today, Brazil is set to shrink for a second consecutive year, faces nearly double-digit percentage increases in consumer prices, and has public finances on an unsustainable trajectory.

From the perspective of the casual onlooker, the respective legacies of Lula and Rousseff are simple: Lula led Brazil to roaring growth and took millions out of poverty; Rousseff was an inept politician that sparked Brazil’s downward spiral.

But look closer at the causes of Brazil’s economic performance during the two’s rule: Lula held office at a time when commodity prices were soaring. Nearly half of Brazil’s exports are commodities. The world economy was stronger in the 00s than it is now, meaning other countries had more money to buy the stuff Brazil was digging out of the ground. Rousseff survived one term with decent commodity prices but was in power when the price of iron ore and oil fell 67%, corn lost a quarter of its value and soybeans cheapened by nearly half. These underlying conditions had nothing to do with either Rousseff or Lula.

The most urgent issue facing Brazil is its public finances. Unfortunately, a legacy of yesteryear in Brazil is that around 90% of government spending is ring-fenced from Congressional discretion. It takes constitutional amendments to change the formulae that determine spending on pensions, healthcare, and education. This means that when Brazil’s economy has shrunk by nearly 7% in two years, the government has its hands tied when it comes to any necessary belt-tightening. If you think it’s hard to take away people’s entitlements in good times, what do you think the political popularity of pension reform is when everyone is already 7% poorer?

The annual deficit as a percentage of GDP has gone from 3% to over 10%. As the situation has deteriorated, creditors feel like lending to Brazil’s government is riskier. So interest rates go up and borrowing becomes more expensive… the vicious cycle deepens.

The government policies that made Brazil’s adjustment to lower commodity prices as painful as it has been were set in place long before Rousseff took office. A huge chunk of wages and prices in Brazil are indexed to inflation from the previous year, meaning typical remedies to simmer price levels like higher interests rates or lower aggregate demand are virtually ineffective. Sky-high interest rates (14.25% in Brazil whereas higher income countries have had interest rates near or even below zero in the time since the financial crisis) aren’t expected to get consumer prices down to their targeted level for at least another year and a half. The stubborn persistence of inflation in Brazil is around regardless of any strong will or intelligence from the one who resides in Palácio do Planalto.

Palácio do Planalto: official workplace of the President of Brazil

The collapse in commodity prices hit Brazil’s currency that set off the bout of inflation. As demand for its exports tanked, the demand for its currency fell, too. The falling value in the Brazilian real resulted in a 50% depreciation against the American dollar in the last couple years. When the country’s currency can buy less abroad, its imports get more expensive. This set off the spike in inflation seen in the last two years.

Inflation is bad in any economy because it causes “noise” in the price system and discourages long-time planning that is strongly tied to economic growth. But it is exceptionally painful for Brazil because their minimum wage is derived from a formula based on last year’s consumer price index and GDP growth from two years ago. In turn, pensions—which make up a little less than half of Brazil’s public budget—are indexed to the minimum wage. Inflation from last year begets inflation this year in a vicious spiral.

The problems that leave Brazil struggling to recover from its latest bust are derived mostly from policies and events completely out of the control of Dilma Rousseff. Similarly, solutions to speeding up a recovery are not within the power of interim President Michel Temer.

Beyond Brazil, political leaders are given blame or credit for their countries’ performance that far exceeds their true influence. In order to assess the true impact of a leader, one must tease out the vast array of events that happen outside of a leader’s control. A paper from William Easterly and Steven Pennings found the relationship between leadership and economic growth to be very weak, after controlling for variables across time and space. So-called ‘benevolent dictators,’ like Singapore’s Lee Kuan Yew, get credit for their countries’ economic performance, but how much of it really had to do with leadership?

The tendency for observers to attribute events to a single leader or small group comes from the appeal to simplify our enormously complex world. If the world’s ills are the result of billions of people behaving in a decentralized manner without conscious intentions of bad results, changing the system seems frustratingly difficult, if not impossible. But if the world is governed by a few small elites, changing the world’s problems seems within our power. Brazilians are much more likely to be drawn to an explanation/solution of their problems that relies on regime change than one that is frankly out of their control. They don’t have the power to vote commodity prices higher and the institutional changes that are needed are, by design, difficult to implement.

The point is not that policy and politics don’t matter. Brazil’s woes after the commodity price crash two years ago have been exacerbated by policies that institutionalized inflation and made necessary fiscal adjustment nearly impossible. The inefficiencies from corruption certainly don’t help either. Instead, rather than ascribe economic performance to omnipotent individuals, we need to recognize that the world’s complexities mean our problems and solutions do not always come from the top-down.