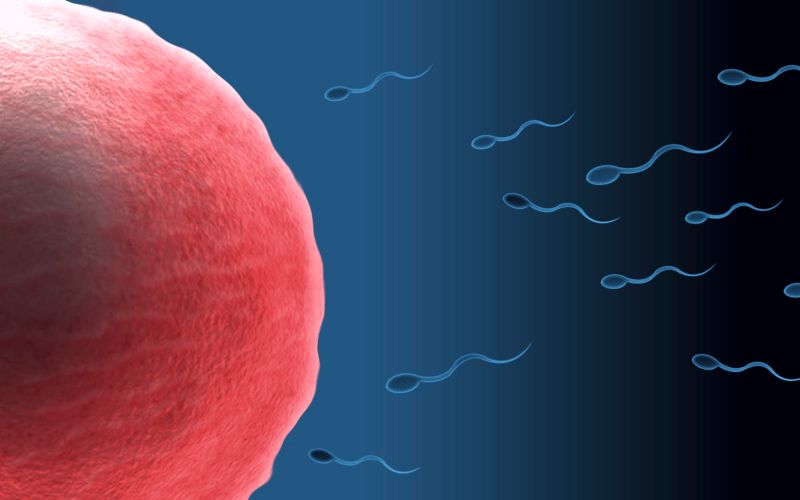 There exists a heterogeneous group of diseases that affect many organ systems, like muscles and the central nervous system. Albeit rare, these diseases can sometimes leave children lucky to reach their fourth birthday. All of these diseases are caused by the same genetic malfunction.

These are called mitochondrial diseases and they are caused by a malfunction in the so-called powerhouse of the cell, the mitochondria, the part of the cell responsible primarily for energy conversion. You might remember this from biology classes in school, and you may also remember that another component of the cell is the nucleus. The nucleus stores the genetic material that makes you, you.

However, what you may not have known is that the mitochondria actually have its own genetic material, too, its own DNA. This DNA, composed of 37 genes, is passed down to you from your mother. While you receive your nuclear DNA from your mother and father—defining your personal traits—the mitochondrial DNA is solely there to make up your mitochondria in all your cells. The mitochondrial DNA is unfortunately very unstable and incredibly prone to acquiring mutations. It is these mutations that can cause the aforementioned devastating diseases. Many are not curable; however, all are now preventable.

You may have heard of IVF—in vitro fertilisation—a fertilisation technique used since the late seventies where conception occurs outside of the womb. You may also be aware of the hype surrounding three-parent IVF, but do you understand what it truly means on a scientific and human level? With the advent of this new procedure, we are now able to use two sets of nuclear DNA from a man and woman plus one set of healthy mitochondrial DNA from a second woman. This has the capacity to prevent children from suffering these debilitating and eventually fatal illnesses. This year, the United Kingdom approved the use of these fertilisation techniques to prevent mitochondrial diseases from manifesting.

As with any mention of tampering with DNA, comes the onslaught of doubt and ethical debate. One side of the debate argues that the technique can lead to dangerous and unpredictable results. I argue that not using these techniques can lead to equally dangerous results: the suffering and early death of infants, deaths that are ultimately preventable.

Based on meticulous and highly regulated studies, a law was passed in an effort to regulate the techniques used for three-parent IVF. I also argue that as the Human Fertilisation and Embryology Authority (HFEA), Britain’s fertility regulator, will be scrupulously vetting and approving clinics to use these procedures, it leaves little leeway for dangerous results.

So then comes the eugenics debate. As I mentioned, editing the human genome is a touchy subject. Some believe legalising forms of it could lead to selective breeding. However I would like to point out that in a therapeutic context, such as three-parent IVF, it is currently being used and developed in research facilities globally. We have (for years) been editing our DNA to enhance our own immune cells in the fight against certain cancers, a field of research that is not being equated to eugenics. Although, since the current DNA modifications I am talking about result in a brand new human beings, it is a much more sensitive topic (I suppose).

I believe this sensitivity arises, at least in part, from ignorance and over-simplified media coverage. Calling the product of three-parent IVF a genetically modified baby is somewhat of a stretch. It needs to be made clearer what this technique actually entails and what impact it really has on the genome of this brand new human being. The mitochondrial DNA in question does not determine any traits; it makes up for a tiny fraction of a person’s whole genome, less than 0.2 percent. Modification of nuclear DNA, the DNA that determines traits, is still banned.

I would then like to elucidate that the genes themselves are not being manipulated in this IVF procedure. Rather, a healthy set of mitochondrial DNA is being transplanted from the “third parent.” I am using quotation marks for the “third parent,” as a contributor of less than 0.2 percent of the genetic makeup of a baby—genetic makeup that does not provide any characteristics or traits—claiming all three contributors, or parents, are providing DNA in equal quantities is false.

Furthermore, if we are referring to these babies as having three parents, should the same not be applied to those born from a surrogate? To clarify, with a surrogate the genetic material to form the baby is from two people, but an intrauterine environment in the surrogate also has significant effects on the baby’s health and development. Therefore, if we use such simplified language for preventing mitochondrial diseases with IVF, why is the same not applied to other fertilisation techniques?

Science coverage in the media can be dangerously over-simplified and even misleading, resulting in ethical debate. Transplanting mitochondrial DNA to create a baby free of mitochondrial disease absolutely not a simple procedure. But if I were to ask you: if you had the opportunity to prevent the suffering and early death of thousands of babies with a regulated and approved procedure, would you approve of it? I would hope your answer was a simple ‘yes.’ After all, if the ethics behind performing a heart transplant to stave off death are not questioned, why should the ethics behind the transplant of mitochondrial DNA be?