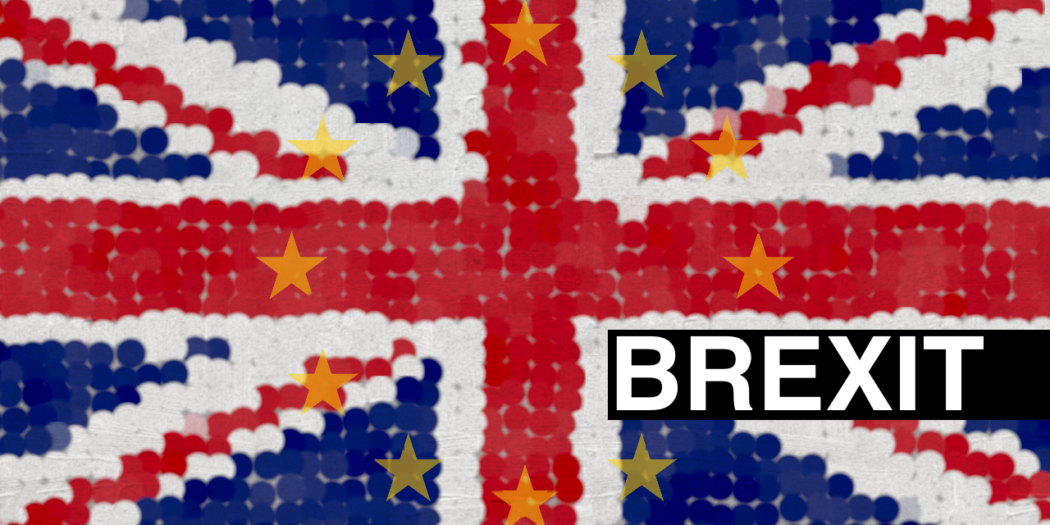 As dawn broke on 10 Downing Street on Friday, David Cameron was presumably ruing the day in 2013 when he promised a referendum on British membership in the EU. What felt like a good idea at the time to unite the Conservative Party and thwart the threat of a rising UK Independence Party soon became an irreversible path towards self-determination, mired in combative rhetoric and misleading claims. At heart was the issue of migration and at risk were the economy and the spirit of European integration. 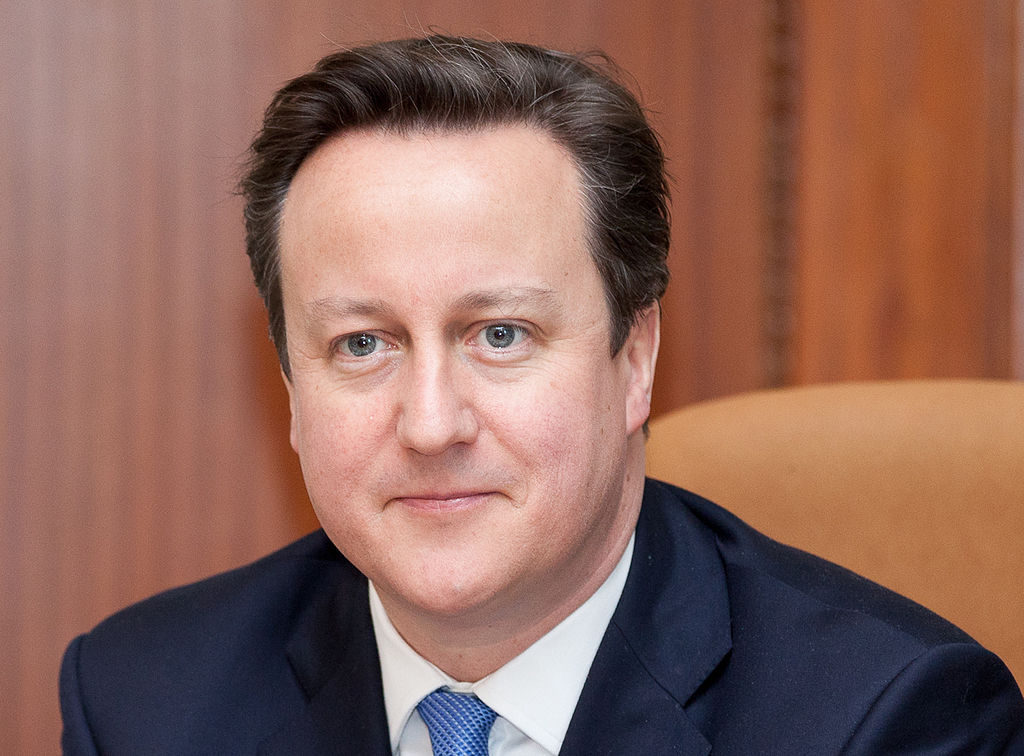 Net migration into the UK was more than 300,000 in 2015, much of it from the EU, and far over the 100,000 figure that Cameron pledged to bring it down to. The Leave campaign offered frustrated Britons the chance to supposedly take back their borders and break free from the regulated shackles of Europe. They suggested that an “independent” Britain could negotiate a new trade deal with Europe on more favourable terms. What they forgot to mention is that Britain is far more dependent on Europe as a market than Europe is on Britain, with almost half of British exports ending up in the EU.

It is crucial for Britain to retain access to the EU’s single market, and Leave campaigners point to countries like Norway and Iceland that have access to the single market despite not being in the EU. However, these countries have to abide by all of the EU’s regulations, make payments into the EU budget and accept free movement of labor, the very commitments that Britain is trying to get out of. It is also unlikely that a frustrated EU will be generous to Britain, given how the Brexit referendum has pushed it closer toward an existential crisis. I liked an analogy once made in an Economist article:

Not happening. Foreign direct investment into the UK will likely fall in the face of uncertainty. For a country that relies on such flows to plug the gap in its current account (5.2% of GDP, or £92.5 billion, in 2015), this is not good news. Given the obvious benefits of staying in the EU and the uncertain (but scary) thought of what might happen were Britain to leave, most economists, international organisations, banks and nation states came out in support of Britain to remain in the union. Even the Bank of England, which officially took no position in the referendum, warned of grave repercussions if Britain voted to leave.

What once seemed inconceivable is now a reality: Britain has voted to leave the European Union. Markets, which had increasingly priced in a vote to remain, reacted violently as a risk-off episode ensued. The sterling got pounded (sorry…), falling to its lowest level against the dollar in 31 years. 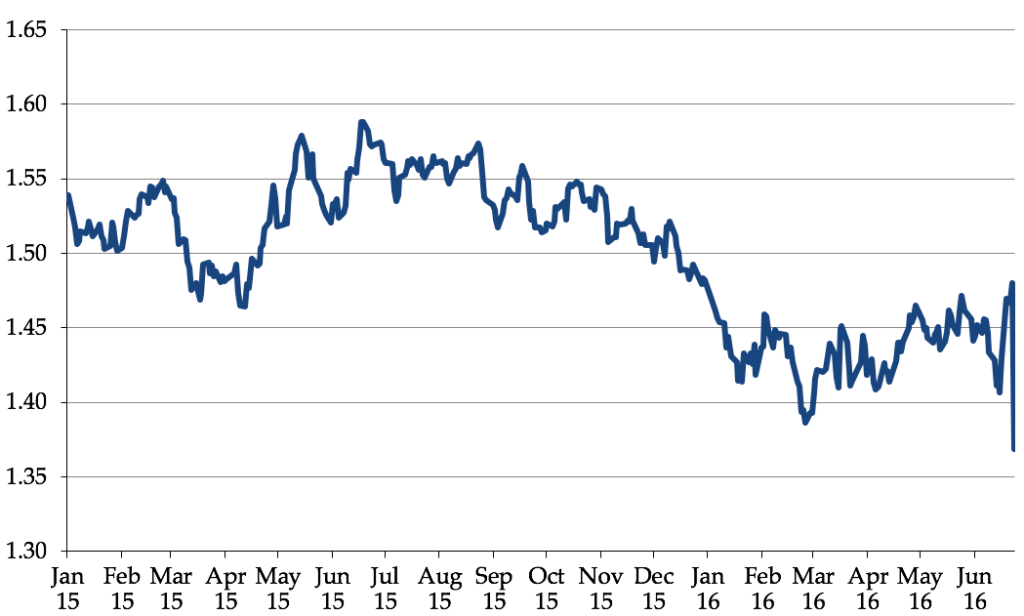 British Pound: Cross-Rate against US Dollar. Source: Bank of England

It depreciated by 8.2% to close at $1.37. This was the biggest one-day move since George Soros “broke” the Bank of England back in 1992, when the pound depreciated by 4.1% against the dollar. The yen, traditionally seen as a safe haven currency, appreciated against every major currency in the world. Equities tumbled across the globe as volatility spiked. The Dow Jones industrial average closed down 610 points. It fell 504 points the day Lehman Brothers filed for bankruptcy. Treasuries, bunds, gilts and other sovereign bonds surged, pushing yields down to historic lows as investors rushed to safety. In some cases, yields went further into negative territory as investors effectively paid governments to keep their money (warped, I know). Gold, also considered a safe haven asset, surged past $1,300 as other commodity prices slumped (shout-out to gold-hoarders in India who got just a little bit wealthier). Overall, Bloomberg estimates $3 trillion were wiped from global stock market values. Yikes.

Look beyond the short-term and this vote represents something more ominous. It is symptomatic of the surge of far-right populism that we are seeing across the world right now. It has driven the rise of controversial leaders like Geert Wilders in the Netherlands and Marine Le Pen in France, brought the Law and Justice party to power in Poland, and pushed centre-right and left parties on the defensive across much of Europe. 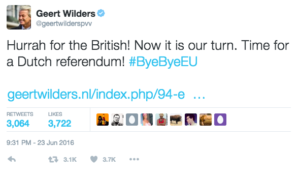 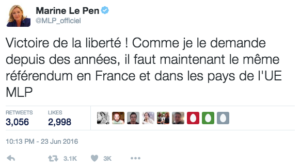 Austria narrowly avoided electing Europe’s first far-right head of state since World War II when Norbert Hofer lost the popular vote by a mere 31,000 in May. It has brought Donald Trump from being a mild irritant (like people who take up two parking spots) to becoming the face of the Republican Party. They are taking advantage of economic insecurity, a mutual distrust of immigrants, anger at the establishment and a sense of fear. And it is this sense of fear that allows populism to thrive. Even though the global financial crisis ended seven years ago, the world is still recovering. In the midst of anaemic growth and wage stagnation, people are growing restless. While both the US and the UK have experienced much stronger economic growth than mainland Europe, wage growth has been sluggish. The resulting inequality has instilled a fear of being left behind. The vast majority of millennials are dumbfounded by the rise of Donald Trump. But he is (sadly) successfully tapping into these insecurities by “telling it as it is” and promising a change in the status quo. Such personalities nurture xenophobic tendencies that challenge the West’s liberal order, which relies on globalisation, free trade, multiculturalism and tolerance.

Brexit is a step in the wrong direction. It has divided the country right down the middle: London and Scotland against England, young against old, white-collar against blue-collar, urban against rural, and so forth. Britain has let down its youth. It is important for both Britain and Europe to stay strong in reacting to what is ahead. The Brexit vote has already stirred populists across the rest of Europe to demand their own referendums. They might have a more justifiable reason to leave the union than Britain did. Scotland, which voted overwhelmingly to remain, might seek a second referendum for independence from the UK. Northern Ireland may need to install border checks as the only part of the UK to share a land border with another EU country, the Republic of Ireland.

Let’s also be clear, none of this is good for growth. The EU’s single market is arguably one of its best accomplishments. Despite the case against it, free trade is the way forward. While there is some merit to when people say it destroys some jobs, overall the society gains much more. Likewise, in an increasingly globalised world, easy movement of labor is important. Immigrants tend to bring a lot to an ageing society. In the UK, they are net contributors to the Treasury (meaning they pay more in taxes than they take out in form of benefits). The world needs fewer (but well secured) borders, not more. In the mean time, Britons’ vote to leave must be respected. Hope they’re feeling brave.

Ganguly completed his Master's degree in Economics at NYU and now works in economic consulting in New York City. He is fascinated by the world of international finance and policy.