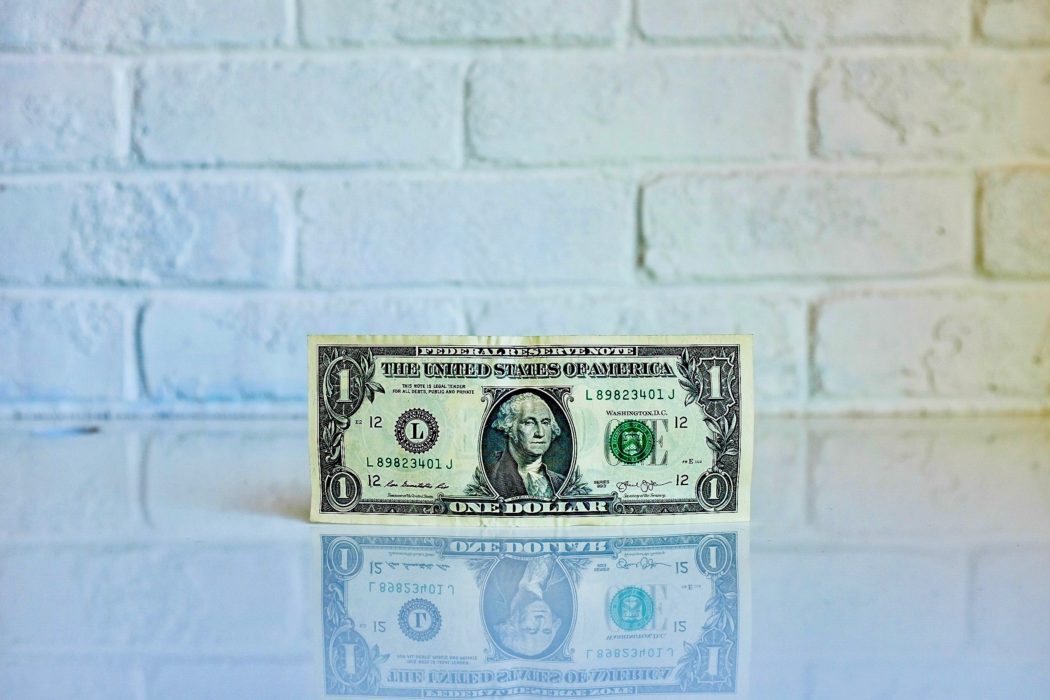 The economic profession lost credibility after the financial crisis, seen by the public as overpromising the certainty and benefits of their models and not properly evaluating the risks involved. Even before Lehman Brothers collapsed, there existed a gap between how economists and how the general public sees the world.

Economic models’ overreliance on rational self-interest as the basis of human nature made their conclusions appear selfish and out of touch with reality. By not embracing a more nuanced view of human nature, economists lack a full understanding of how people behave and risk losing more credibility with the general public.

Mainstream academic economics is based on models that view individuals as rational utility-maximizers. People are seen as behaving in a way that benefits them to the highest degree given their available information.

The Max U model is simple and beautiful. Homo Economicus, as it is sometimes called, is the rational economic human, guided only by its desire to maximize its well-being measured by a metric called utility – not exactly happiness, but somewhere close to it. A model is meant to be a representation of reality, so there will inevitably be shortcomings.

Anyone who has lived in a functioning society observes that we are not always guided by selfish reasons. We often try to design institutions that promote justice, we help others in need, and we act morally even when someone isn’t looking.

Looking to not have to re-invent the wheel (and keep the same model…), some economists have tried to explain this behavior by redefining what it means to “maximize utility.” Perhaps I cooperate with you because I know it is to my benefit in the long run. Maybe I help someone in need under the expectation of future reciprocity. Or I give to a charity not because it helps someone else but because it gives me a sort of warm glow. All of these seemingly selfless behaviors could arguably be seen through a lens of self-interest.

Adam Smith, ironically considered the founder of modern economics, had a different view. Human behavior is founded upon our capacity for sympathetic fellow-feeling, not robotic prudent actions. In his book, Theory of Moral Sentiments, he gives instances of fellow-feeling that simply cannot be out of self-love.

When we see a stroke aimed and just ready to fall up on the leg or arm of another person, we naturally shrink back our own leg or our own arm.

Or when we see a tightrope walker struggle for balance, we twist and writhe as if our own bodies were seeking steadiness. Consider the strong emotions we can have when watching a movie or reading a book. Crying for fictional characters undergoing fictional circumstances is difficult to explain using the homo economicus model. Our tears will not help the characters involved and we cannot expect these fictional people to reciprocate our sympathy for them.

By Smith’s account, there is something inherent and universal in human nature that makes us instantaneously put ourselves in the situation of others, regardless of any potential payoff.

Some economists have recently tried to incorporate this enriched understanding of human nature into their models. Vernon Smith, 2002 Nobel Laureate in economics, has used Smith’s writings to design experiments that show our interactions with each other being more than just transactional.

Behavioral economists like Richard Thaler—also a Nobel Laureate—have tried to incorporate ways people can be “predictably irrational” into models and policies that can “nudge” people in a better direction. The ideas that humans are irrational or sympathetic no longer on the margins, but economists have yet to successfully integrate them into models of the labor market, financial markets, or international trade. There has been progress away from the Max U foundation, but it still dominates economic theory.

Why the lack of change hurts economics

The foundational view of modern economic analysis does a disservice to the profession in two mutually reinforcing ways. First, by failing to acknowledge the sympathetic tendencies of people, economists lose predictive and explanatory power in their models. Additionally, the profession ends up with people who are more likely to see humans as behaving purely through rational self-interest. 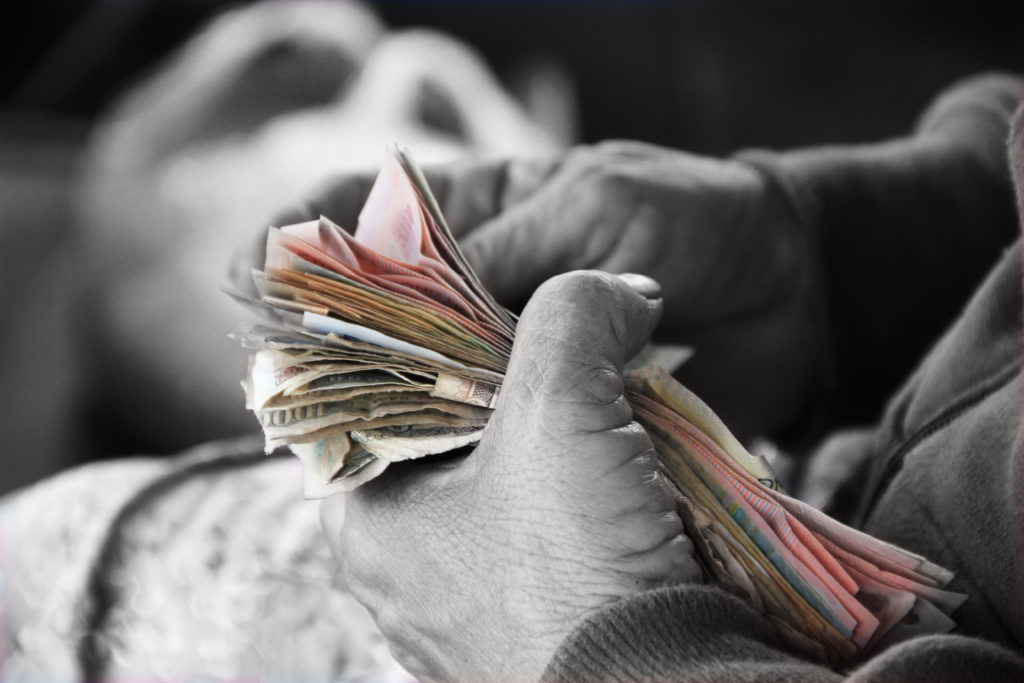 In an experiment called The Dictator Game, people are given ten dollars and told they can give an anonymous peer as much of that ten dollars as they wish. In the Homo Economicus model, every person endowed with the ten dollars should keep all to themselves and give none to their peer. The game is anonymous and does not have repetition, so any altruistic behavior can’t be seen as expecting reciprocity or wanting to appear nice in the eyes of their peers. Yet people across all age groups and walks of life show relatively similar tendencies of charity, consistently giving more than zero to other people.

One major exception is economists, who give significantly lower to their peers in these experiments. The explanation is likely some combination of two things but both spell trouble: economists are naturally more selfish people, and studying economics convinces them that this is how we’re supposed to behave. Here on planet Earth, humans don’t always behave as their models suggest.

By relying only on rational self-interest, the economics profession is often met with a reasonable amount of skepticism about its findings. The caricature of the selfish human is not only inaccurate but also deeply unsettling to anyone concerned about morality. It’s therefore easy for the general public to brush aside any findings economists have as unreasonable and not promoting a just or altruistic version of the world. Unfortunately, this means that instances of economics that go against people’s intuitions can be dismissed as heartless.

Rent control is an excellent example where economists believe a well-intentioned policy hurts the poor more than it helps. The laws of supply and demand predict that putting a price ceiling on rent will cause a shortage of available apartments and lead to poorly-maintained dwellings.

These predictions pan out noticeably in a highly-regulated housing market like Stockholm, where more than half a million people are on a waiting list for housing. By mandating rental prices lower than market rates, the government also incentivizes landowners to put their properties on the less-regulated sellers market, further decreasing the supply available for renters and making the shortage problem worse.

Of course, with a wait time of ten years or longer, those in Stockholm with friends or family that already have apartments are able to circumvent this dire situation. This means the few apartments that are available for rent are even more inaccessible to the less fortunate.

Rather than see economists’ views on rent control as a valuable insight into how well-intentioned policies actually work in the real world, the public dismisses their conclusions as being out of a heartless devotion to efficiency and wealth maximization.

Could it be good enough?

It could be that the Max U model is good enough. Newton’s F=ma equation doesn’t apply when considering Einstein’s Theory of Relativity or theories of quantum mechanics. While on planet Earth, however, we’re not going the speed of light and we just want to figure out how to build skyscrapers and bridges. F=ma has gotten physicists pretty far.

Similarly, one could argue that Max U has managed to make economics a powerful explanatory tool, albeit an imperfect one, but there still seems to be overreach with what economists feel they can explain, especially without better incorporating fellow-feeling into their models. A better way to look at it is that, as much as economists want to come up with a “theory of everything” to explain all human behavior, economics probably just doesn’t have all the answers we’re looking for.

Discomfort about the changing modern world that led voters to Brexit and Trump are more likely a sociological phenomenon rather than an economic one. Utility maximization can’t explain opioid addictions or homelessness. In order for economists to regain the trust of the public, they need to have more humility and recognize their current framework is an incomplete view of human nature. Otherwise, issues where they have much more certainty will continue to be met with skepticism from the general public.